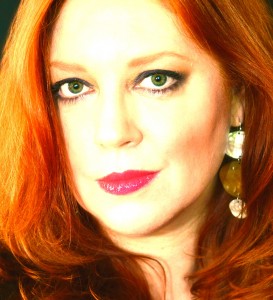 One of the region’s finest vocalists, international recording artist Susan Marshall began her career Off-Broadway as a leading soprano in the Rep-Company Light Opera of Manhattan. Shortly after moving back to Memphis in 1990 she began fronting rock-soul band The Mother Station and was signed to a record deal with EastWest / Atlantic Records. In 1994 they released their debut album “Brand New Bag” which peeked at #34 on Billboard’s Mainstream Rock charts.

Since then, Susan’s released three critically praised solo albums — “Susan Marshall Is Honey Mouth”, “Firefly” and “Little Red”. She has performed renditions of her eclectic mix of jazz, blues and soul standards and originals with the Memphis Symphony Orchestra, Memphis Jazz Orchestra and is also known for her solo and duo performances in residency over the last 7 years at Itta Bena located on world famous Beale Street just above B.B. Kings.

Susan has toured all over the world as part of the Afghan Whigs as well as with Cat Power & The Memphis Rhythm Band, which included appearances on Austin City Limits, The Late Show w/David Letterman, Late Night with Conan O’Brien, and the BBC’s “Later…with Jools Holland.”

“Better Off Alone” (a song Susan co-wrote with Austin Carroll) was recorded by American Idol’s Katherine McPhee for her 2007 self-titled debut which reached #2 on Billboard’s Top 200 Albums Chart. Her songs have also been recorded by international blues divas Ana Popovic and Reba Russell to name a few.

Susan was the winner of the 2003 “Premier Female Vocalist Award” given by the The Recording Academy’s Memphis Chapter. She was voted Best Local Singer in the Memphis Flyer’s “Best of Memphis 2008” issue, named “Emissary of Memphis Music” in 2009 by the Memphis and Shelby County Music Commission where her name was read into the official Congressional record on the floor of the U. S. House of Representatives by Representative Steve Cohen, and was given the “Divine Memphis Diva Award” at the 2011 Blues Ball. Susan was also elected and served as President for the Memphis’ Chapter of the Recording Academy (A.K.A. NARAS), and is currently serving her second term as one of two Trustees for the Memphis Chapter.