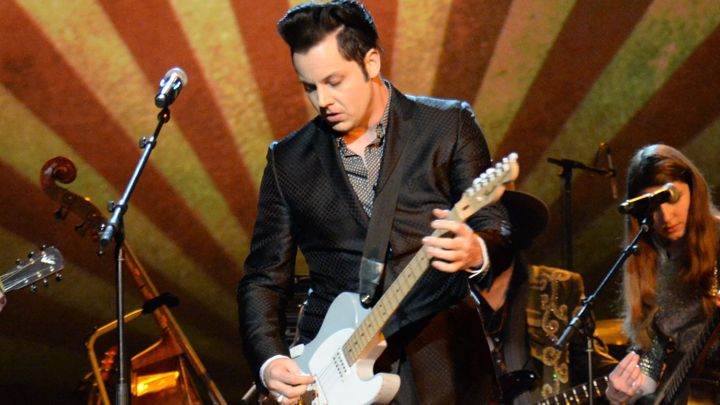 In January, the first recording by Elvis Presley – a 1953 acetate disc featuring “My Happiness” and “That’s When Your Heartaches Begin” – sold at auction for $300,000 to “an undisclosed buyer.” It turns out the secret purchaser wasn’t just any deep-pocketed Elvis fan: Jack White has revealed that it was his winning bid that landed the 10-inch recording, and that he plans to reissue the single on vinyl for this coming Record Store Day.

Billboard details how a mysterious man with a black briefcase accompanied the “My Happiness” single from Memphis to the Third Man Records headquarters in Nashville, where White told employees about the record’s history and his plans to reissue it on Record Store Day. Recorded by an 18-year-old Presley on July 18th, 1953 at Sam Phillips’ Memphis Recording Service for $4, the one-copy-only pressing was given to Elvis’ friend Ed Leek; over 60 years later, it was Leek’s daughter who auctioned off the recording, which White secretly purchased.